Since having a child, I've been on a nostalgia Mega Drive. If you know anything about me, then you'll probably agree I was already at alarming levels of the stuff, and I've now likely reached the nostalgia mesosphere, even if just for a minute or so.

In particular, videos games are dominating my reminiscences. I've been thinking about their role in my development as a human. Spoiler alert: it's an extremely positive one.

There's one game that stands out: Mario Paint.

This 1992 "edutainment" title (a word seemingly devised to revile kids) is a forgotten masterpiece of creativity, fun, and weirdness.

At the surface, its existence doesn't make a whole lot of sense. It's a digital art and music app on the Super Nintendo that uses (comes with!) a separate mouse controller. I can name exactly one video game like this, ever.

From what I've learned in my limited YouTube research, although the Super Nintendo was always the more-parentally-acceptable console of the early 90s console wars (see Mortal Kombat SNES grey matter vs Sega Genesis blood), Nintendo was feeling the pressure to demonstrate that their "family computers" were actually forces for good in the battle for the attention span of the world's youth. 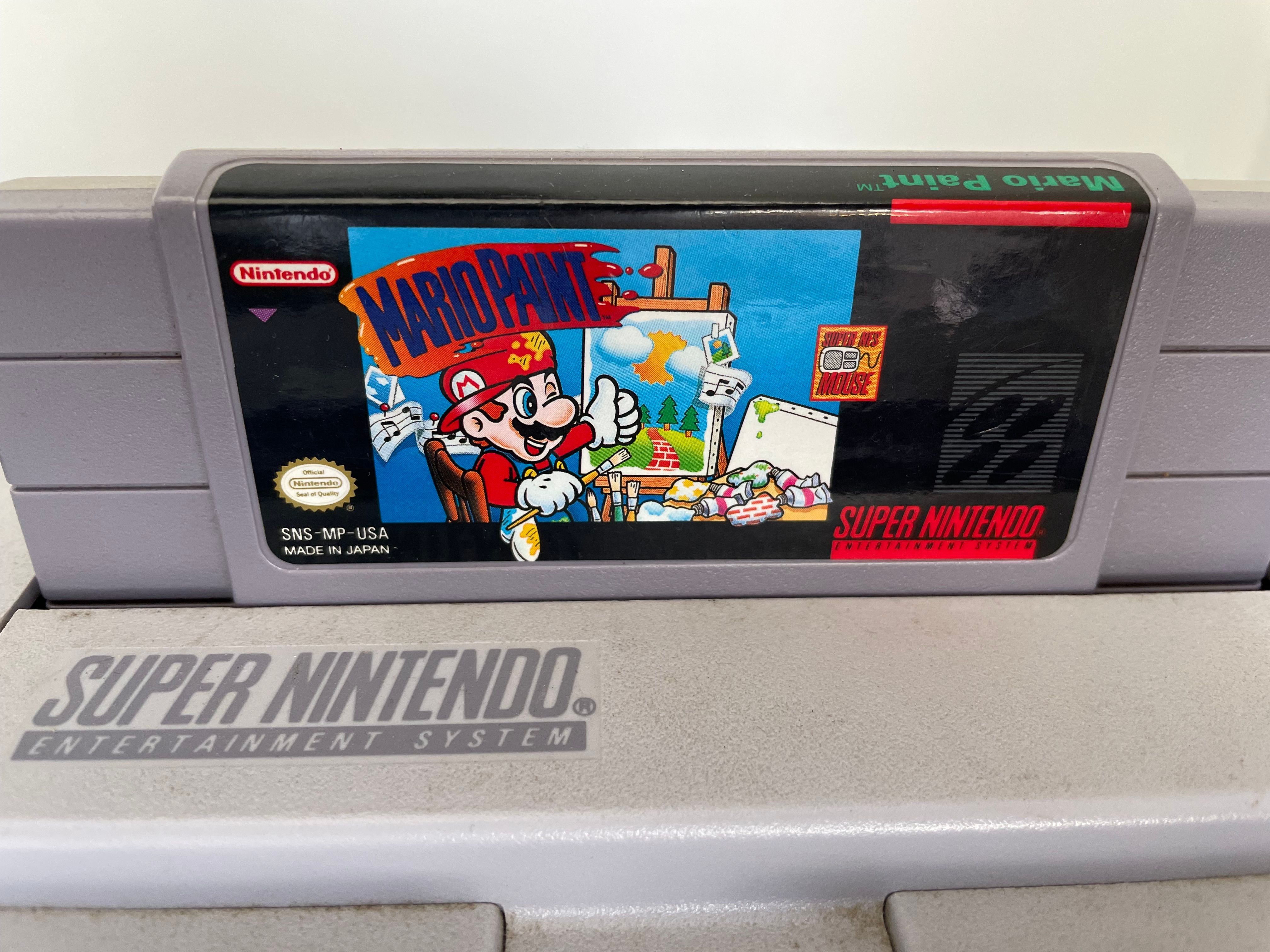 There's just no reason for this game to be this good. Sure, MS Paint on Windows was always a fun time-waster back in the day. But it certaintly wasn't weird. And Mario Paint is w-e-i-r-d. It's like Photoshop on Magic Mushrooms. Plus an animation studio. Plus a digital audio workstation (aka Garageband). And all this back when we were still recording our favorite songs from the radio on cassette tapes (if we were lucky enough to catch them, and even then usually missing the first few bars).

Don't talk to me about delightful UIs or UXs if you haven't played Mario Paint. Nothing makes sense at a glance. Instead, it's pure discovery. Click-and-see. The undo button is a dog's face. Why? Why not. The fill-paint animation is a break-dancing paint-brush with a smiley-face (that sentence had a lot of hyphens). I spent hours and hours clicking every button in Mario Paint, and just making weird shit.

Now, don't get me wrong, it's not like I exclusively played Mario Paint from 1992 forward (I probably didn't get it until 1993 or 1994 anyway). But I'd find myself drawn back to Mario Paint way more often than my parents even expected.

Thinking about it now, Mario Paint reminds me of that poster of kindergarten classroom yore:

Everything I need to know in life I learned in Mario Paint.

Why do I like making weird songs on Garageband? Mario Paint

Why do I like making logos for bands and apps and companies? Mario Paint.

Why am I a software engineer? Mario Paint.

But, Charlie, there's no "game engine" or programming environment in Mario Paint. What-so-ever do you mean?

Thought you'd never ask. In 2015, I was living in London working in business development for an edtech startup, traveling a whole lot, with a bunch of downtime in airports. I decided to Carpe Diem the idle-airport-time to teach myself programming (something I'd been trying to do, on and off, for the previous seven years), so I bought a Big Nerd Ranch iPhone book. When my company planned a two-day hackathon, I pledged to build a little iPhone app, following the book step-by-step. I've written about this experience before, so I won't fully rehash it. But the key thing is that, in addition to the basic Tinder/flash-card UX, I decided to add some fun little characters for the app (designed by my co-worker and pal Dan McGorry). Then, these characters obviously needed a backstory. A week or so later, I traveled back to New Jersey for my aunt's wedding and I was showing the app to anyone who would listen (not many). Except for my 9 year old cousin. She bit hard. She came up with even more ideas for their powers (hair that grows to become a bridge, melting down into a popsicle liquid so you can glide, and so on). The kicker: the next day, my aunt delivered to me some enemies for the game that my cousin had drawn, like Chill Factor:

I knew then and there that I wanted to create wonderful things, be good, and have fun for my career. I quit my job and studied to become a computer programmer.

Now, years in, am I creating wonderful things ever day? Not necessarily. But I try to keep the joy and weirdness alive in whatever I do.

Last week, I asked my mom to dig through my boxes in the attic to find my Super Nintendo Mouse. She graciously delivered. Even the intro screen screen to Mario Paint is a lesson in weirdness. I love-love-love it:

After about a half hour or so, I produced this masterpiece:

Yes, the main riff is more-or-less China Cat Sunflower by the Grateful Dead (I think).

I'm not the only one who loves Mario Paint, particularly the music-maker. There's a whole Internet of magic Mario Paint music like this, the entire back-side of Abbey Road (including secret track Your Majesty!):

I can't believe that this game exists (and still works!). I guess edutainment ain't so bad after all. For now, back to the drawing board!