This was a much smaller race than I expected. Only 116 souls according to the official results. I felt lucky to have snagged a race number when I did — the website warned it would be capped at 500 swimmers. That was enough for me. I frantically entered my credit card details and breathed a sigh of terrible relief at what I’d done.

The Alcatraz Challenge is a 1.5 mile swim from Alcatraz Island to the northern shore of San Francisco, followed by a 7 mile run over the Golden Gate Bridge and back to Crissy Field. Alcatraz Island is a tiny rock in the San Francisco Bay surrounded by shark-friendly, freezing cold waters with notorious tidal currents — and famously the former home to an inescapable maximum security prison.

In its 29 years of operation, there were 14 acknowledged attempts to escape from Alcatraz prison involving 34 inmates. Officially, every escape attempt failed, and most participants were either killed or quickly re-captured. However, the participants in the December 1926 and June 1962 attempts, though presumed dead, disappeared without a trace, giving rise to popular theories that they were successful. 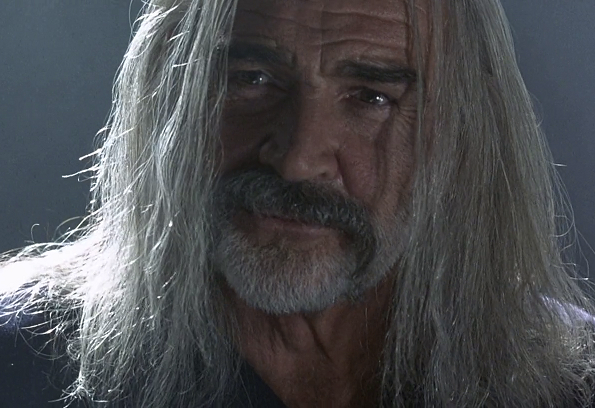 You know… you’re almost the only evidence that I exist.

I arrived at the East Beach of Crissy Field around 5 AM. The sky was dark grey, the water quiet and serene. All was calm at the transition area. A few people chitter-chattered while applying Body Glide. I looked for someone to chitter-chatter with myself, but no takers. Instead, I jumped on an early shuttle to the appointed ferry building at 5:45 AM instead of my scheduled 6 AM departure. I closed my eyes as we made our way across the city amid the warming sunrise. It sounded like a bunch of 8th graders were on the bus behind me. I turned around — a bunch of 8th graders were on the bus behind me. My confidence boosted — if they could make the swim with their tiny 8th grade arms — until I remembered their parents. I am 30 years old and I barely told my parents I was swimming this race. These kids must be future Olympians.

After body-marking at the ferry area, I ran into the woman who I sat next to at the Sports Basement race prep talk the day before. She was nervous. Me too. We discussed. We met another woman who swam this race for the last two years. Her times varied widely — the first year took her a speedy 35 minutes and the second a brutal 75. She, like everyone else who has swam these waters, told us that every Alcatraz swim is different. This point was hammered home by the race director during our mandatory prep session. The opening slide was a visualization of GPS data plotting his last 100 swims from Alcatraz — a blooming display of paths stretching across 3+ miles on shore. He told us that he recently completed his 1000th Alcatraz swim. 1000 swims — approximately one crossing a week for 20 years. He also does them naked. Not naked naked. But without a wetsuit. I think we were supposed to be reassured by him.

We boarded the ferry and headed out to the island. I spent some quality pre-race time in the bathroom, and then laid down on the floor of the ferry and pretended to stretch. I felt powerless. I had no choice now but to proceed with this insane trial. I felt like I wasn’t really there — I was someone else watching myself.

After a half hour, we neared the jump-zone. It really was a skydiving-like jump-zone situation. We would be jumping out of the side hatch of the boat into the water from about 8 or more feet, and then told to swim like hell so that we don’t get clobbered by the next leaper behind us. A final warning: “Don’t make this your come-to-Jesus moment at the edge, cause he ain’t coming — it’s already too late.”

Our nervous final tittering centered around our complete lack of visibility of Sutro Tower. We were told the day before by the race director that Sutro Tower would be our one sighting landmark to rule them all: “Just keep it at your 12 o’clock at all times and let the tide do the rest.” With Sutro entirely ensconced in Karl the Fog, we’d now be tracking towards the lesser landmarks of Fort Mason, then the golden dome of the Palace of Fine Arts, and then finally East Beach of Crissy Field.

We crowded around the starboard door, hummed along to the anthem, chanted a 30 second count down, and shuffled to the hatch. The race organizers began yelling “Go! Go! Go!” I neared the edge, came to Jesus, started my watch, and jumped feet first, trying not to go too deep into the colder layers of water below.

It felt great actually. I swam mindlessly and rapidly away from the boat so that I wouldn’t get jumped on. The coldness I feared had been contained by my wetsuit and my beloved new thermal skull cap. After a minute I began to adjust to my new reality:

I’m over a mile from shore, open water swimming for the first time, with choppy, relentless, clobbering waves smashing into my right side every three seconds. And don’t even get me started thinking about what’s swimming around beneath me right now.

I turned around to take in Alcatraz in its terrible glory from a few hundred feet out in the water, and then began chopping water towards land. I tried to establish a constant stroke, but found left-breathing to be impossible because I would lose sight of the next incoming wave. My stuttering stroke became 1–2-breath-1–2-gulp-seawater-breath.

I swam like this for what I assumed was a half hour. I tried to conjure Edmund Dantès, escaping from imprisonment after being thrown into the sea from the island tower of Château d’If, en route to Monte Cristo, where I would find fortune, plot revenge, and win back my long-lost love Mercédès. I was scared to look at my watch — I didn’t want to know how long I’d been swimming given how far I had yet to go. At this point, I’d lost sight of all other swimmers. I saw a kayak on my left and a jet-ski ahead in the distance. I was either in first or last place.

My only happiness was that the fog finally broke and Sutro Tower was again visible. I started to kick into high gear, and suddenly cramped in my right calf. The muscle screamed in pain — I couldn’t bend my leg. I waved to the kayak and asked to hang on for a bit to stretch it out. I doggy-paddled over with my aching leg hanging behind me. I held onto his bow and started to massage out the cramp. It didn’t seem to be helping, but it was so good to rest. I was clearly dehydrated from the nearly gallon of seawater I’d drank. I asked him how I was doing, he lied and said okay, but that I needed to start heading for the Palace of Fine Arts now, confirming my fear that I’d been too conservative in my route.

The cramp was not getting any better. There was no way I could make it back to shore like this. I decided to give up — surviving seemed better than drowning.

“Maybe you should go get a boat for me,” I said.

“Okay, but there’s none nearby. I can radio one over if you want.”

What I wanted was to make it to shore. I told him I changed my mind. I was going to make it to shore myself, no matter what, thank you very much. I asked him to please keep an eye on me as I swam away from the kayak. Somehow the cramp started to dissipate. After a few minutes, he said he had to go help someone else, and I was on my own again. Thankfully, the shore start to creep closer. For the next 25 minutes, I slowly plodded forward with my 1–2-breath stroke.

Eventually I saw the beach and then the color of people’s shirts on the beach and then peoples faces on the beach. I closed my eyes for while to just keep moving, but started to get dizzy and thought I was going to black out. Finally, finally, I stood up and ripped off my googles and cap. I felt the sand, the glorious earth, and wanted to puke on it.

I’d made it — I survived. I still had a seven mile run over the Golden Gate Bridge and back, but nothing else mattered. Fortune, revenge, and Mercédès awaited. 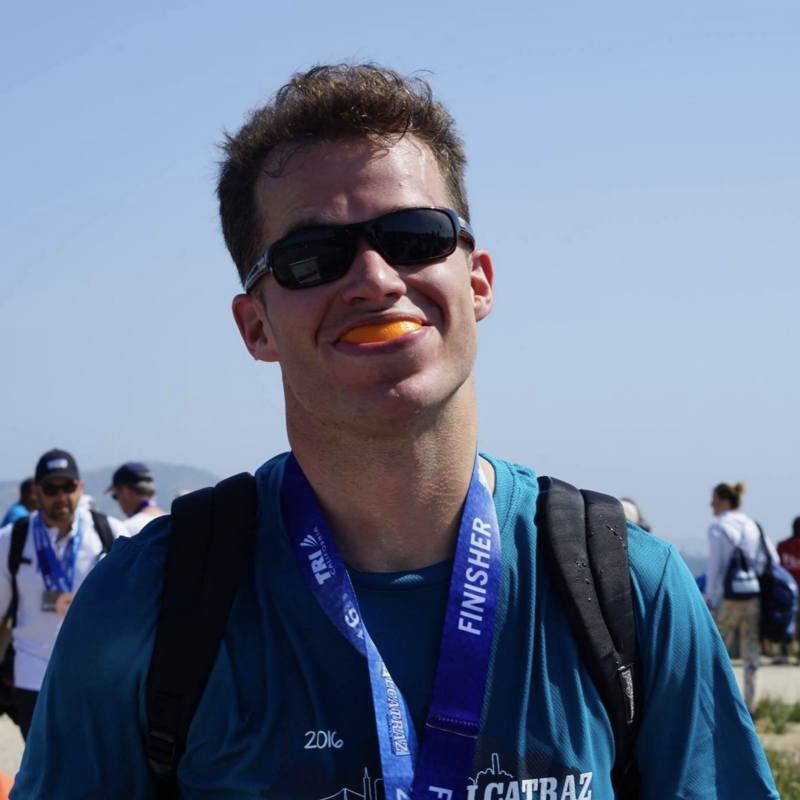